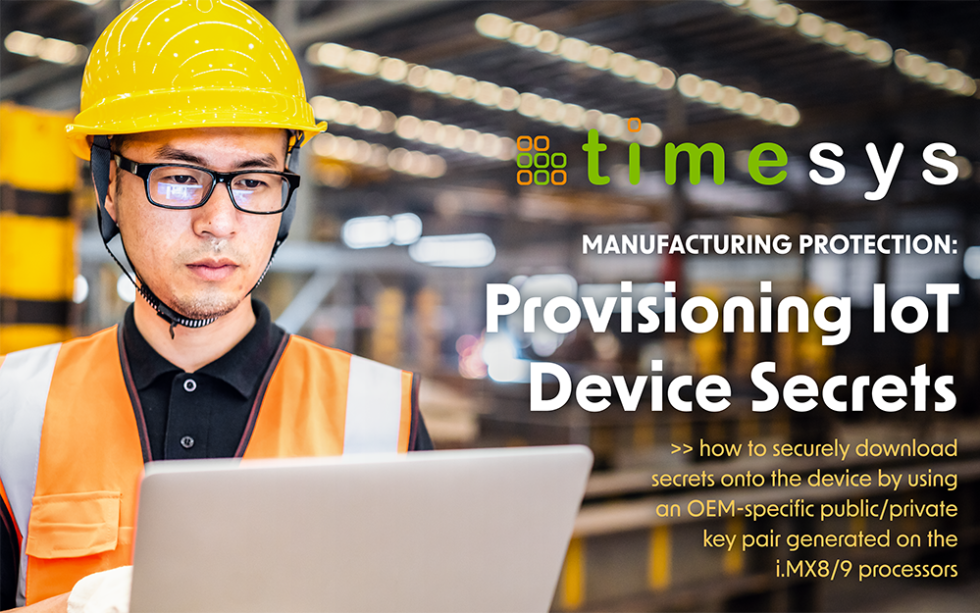 Secure and encrypted boot helps ensure that the executing software is authentic and unreadable. However, they do not provide a solution for installing sensitive data to a new product. In the absence of a mechanism, sensitive data (e.g.: disk encryption keys) is typically kept unencrypted in the target device image or in the manufacturing flash tools. This can be easily stolen and can be used to compromise the device or counterfeit the product.

The manufacturing protection feature allows original equipment manufacturer (OEM) to securely download secrets onto the device by using an OEM-specific public/private key pair generated on the i.MX8/9 processors. There are two different workflows that can be used for network devices and non-networked devices.

What is the workflow for networked devices?

In this workflow, devices are first authenticated with an OEM provisioning server using i.MX manufacturing protection keys and then encrypted secrets are securely downloaded. This mechanism also allows tracking of “unauthorized production”.

What is the workflow for non-networked devices?

In the below sections, we will illustrate more details on the process.

How do you implement the Manufacturing Protection Feature on networked devices?

For devices that have a network interface, the workflow is as follows in the diagram below and illustrated in the below six steps.

During product development time, the OEM extracts the MP public key from the device which will later be used to authenticate the device during production. The OEM / device manufacturer is responsible for setting up a secure provisioning server in which the public key is stored. 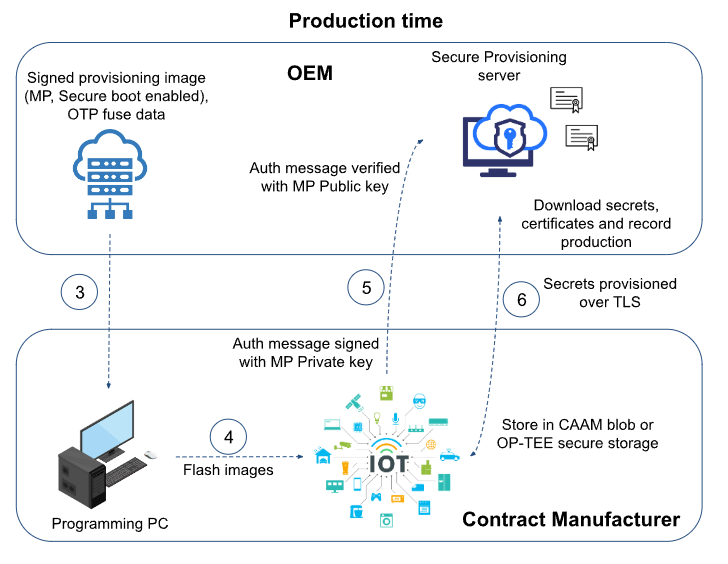 During production, the OEM creates a signed provisioning image with secure boot and manufacturing protection enabled. The device software includes a client software that can connect to the OEM provisioning server securely over TLS and send an authentication message. Once authenticated the client software is responsible for downloading secrets from the server and storing it on device secure storage.

The above process is secure for the following reasons:

How do you implement the Manufacturing Protection Feature on non-networked devices?

Now for devices that do not have a network interface, the workflow is as follows: 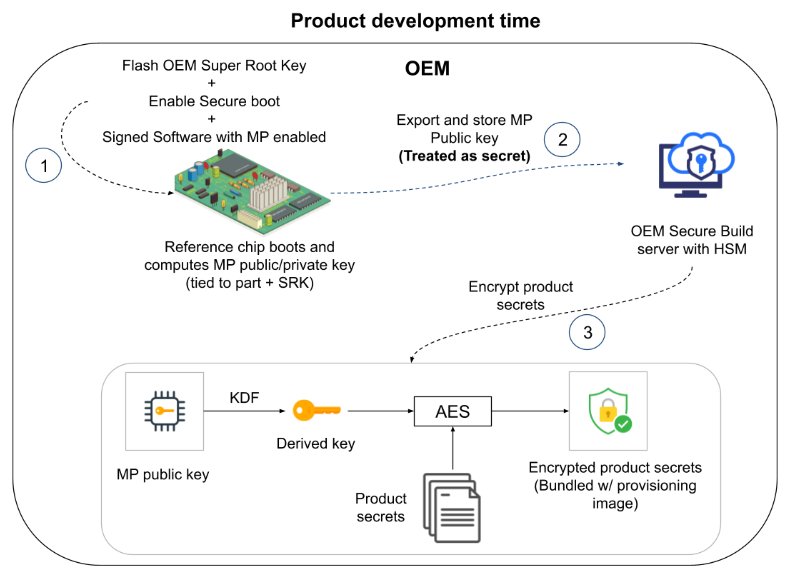 During product development time, the OEM extracts the MP public key from the device AND treats it as a secret on a secure server, ideally with a HSM (e.g.: build server). A key derived from the MP public key will be used to encrypt device secrets which can then be flashed onto the device at manufacturing time. 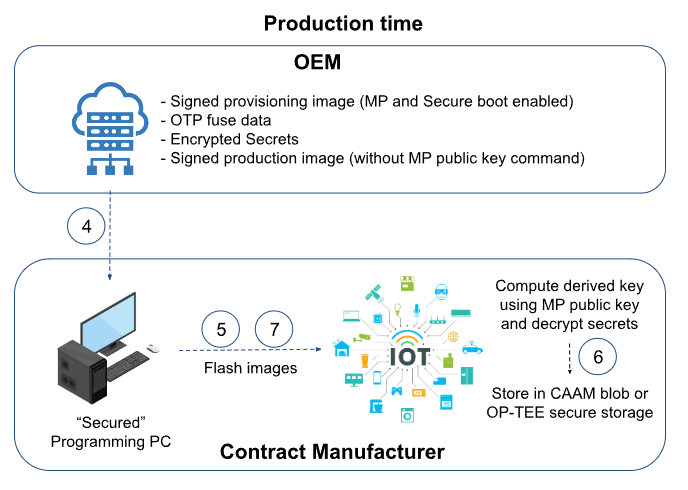 For this process to be secure, OEM is responsible for:

When implementing an end-to-end solution, we ran into a myriad of challenges:

As the industry moves towards supply chain security, adopting manufacturing protection plays a crucial role. OEMs need to account for the time and effort required in adopting such solutions before the product goes into production. Further it requires skilled security architects working alongside with software developers, IT and manufacturing tooling engineers.

Whether you are looking for security consultation, training, out-of-the-box security solution (VigiShield) or customized manufacturing protection, Timesys is here to help. Schedule a free consultation to learn more about how we can help secure your products and go to market faster.